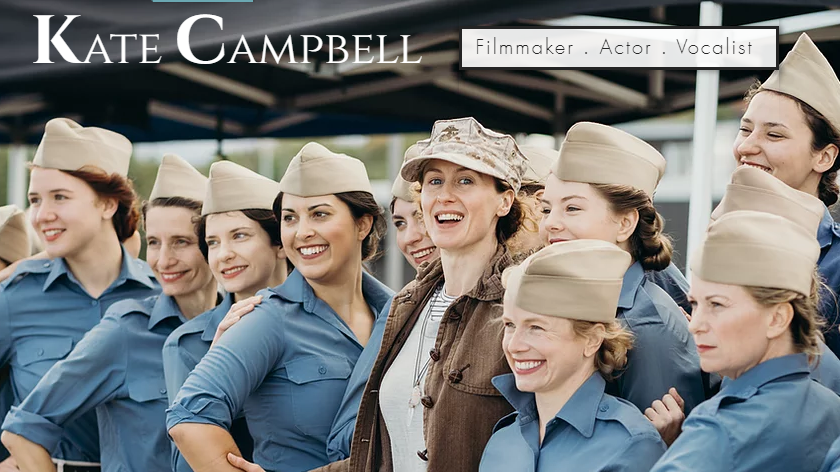 The amazing Kate Campbell inspires us to stay creative!

It’s Women’s History Month and on March 8th (International Women’s Day) what better way to celebrate than with a special google meet up with the multi-talented singer/actor/filmmaker Kate Campbell. Kate met with this team of Gladiator Times staff writers for a special interview via google meets. The purpose of the interview was to learn all about Kate Campbell, her first film “Boundless”, and to see what she’s been up to during the pandemic. What a positive inspiration she is.

It’s been a year without gigs and performances, and for an artist, that is beyond challenging. But Kate kept herself busy and creative during the pandemic. She even met the deadline to submit her film “Boundless” into the  film festivals. Kate delightfully shared her stories about her career in music too. She has worked with multiple jazz musicians and shared her experiences about getting in tune with the music. We asked her to give us an insiders look at being a musician. Early in her singing career, Kate explained, it was difficult for her to learn the routines such as when someone plays a solo or when it’s her turn to sing. Eventually, she got into the groove of things and learned the queues that other musicians use. This shows what great insight Kate has and this gave us a more detailed inside look at her musical journey.

While in our exclusive talk with Kate Campbell, multiple fascinating things occurred. She sang to us, she told us about her experiences flying airplanes, and she gave us the inside scoop on the film she just directed, her first movie, “Boundless”. The song she sang for us was Summertime (Gershwin 1934), and wow! Her range was awesome, she went high and she went low. She let us in on a little highlight of her pilot training as well. Just like her vocal range, the planes she would fly went high and low and everywhere in between. There was an amazing view of a snowy mountain in her background (She’s in Canada). We also learned that our blue light glasses go by another name: Blue Blockers. Her movie inspirations include the films “Out of Africa” – she said she just loved the musical score and the cinematography of this film- and “A League of Their Own” which celebrates the women of baseball who dared to keep the dream alive during and after World War II.

Kate gave us all a glimpse into her creative life, and we learned quite a few things about her. She sings, she acts. She literally had a virtual audition she was gearing up for right after our interview. She writes, directs, and she’s the president and owner of her own production company S.H.E. (Shine. Heal. Elevate.) Lifts Off Films. She’s the first female director to make a film based on a story on the female pilots of World War II. She said she struggled in the beginning with her film “Boundless” and faced many challenges, but she persevered and made it happen in the end. It has even won awards! She explained, “When your heart meets the experience, magical things can happen.”

We hope to be able to see Kate’s film in the near future. In the meantime, you can follow her on all social media outlets. You can see her music videos on youtube, and you can visit her website at: www.katecampbellfilmmaker.com