The Genius of Joker

The film Joker tells the dark story of a man who has been cast out from society all his life. The story catches the eye of most viewers because of how real it seems. The film has a thought-provoking concept as well as a disturbing theme to it.

The main character, Arthur, is a failed comedian who only ever wanted to belong. He’s seen as a weirdo due to his rare condition that causes him to laugh at random moments whether they be appropriate or not. His life is full of tragedy yet he still tries to keep a smile which is why he coins the phrase “comedy is subjective.”

Arthur is damaged to the point that he enjoys killing because society has always walked all over him and he proves he can fight back. Watching the movie may even make you understand why Arthur was driven to commit such terrible acts.

Joker proves what a phenomenal actor Joaquin Phoenix really is. From Arthur’s antics to the dancing, laughter, pain, his entire performance, in general, is brilliant. Viewers were actually scared of him because his performance gave them the assumption he was like this in real life. Currently he’s a nominee for an Academy Award for Best Actor, the movie has 11 Oscar nominations, and Joaquin Phoenix also won Best Actor in a Drama Motion Picture at the Golden Globes.

Joker, overall, is an amazing movie that deserves the attention and respect that it’s getting. There’s just one flaw that I see in the movie. I think the character, Arthur, is a hypocrite. Arthur is an outcast and he is against all the negativity in the world. He says to his favorite talk show host on live television, “nobody’s civil anymore” and he plays the role of the victim who just wants peace and love which he is deserving of. Though towards the end of the movie he’s the reason for riots in the streets and he’s proud of what’s become of his infamy. I find this hypocritical because how can he be proud of all the people across the country inciting riots in the streets filled with violence when the ones starting the riots are the terrible people he’s always been against? Arthur has been damaged mentally and physically which has caused him to act like a psychopath. Those starting the riots haven’t experienced the trauma he has. Innocent people are dying because of his “movement.” I don’t think he has the right to say who is and isn’t civil.

Overall, Joker is very enjoyable, and it’s an experience. If you haven’t seen it you definitely should because it doesn’t hurt to watch it once. I’m not going to be surprised if it wins an Academy Award for Best Picture and Joaquin Phoenix wins Actor in a Leading Role. 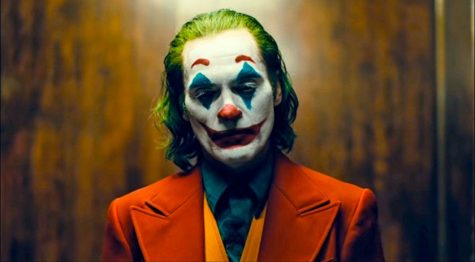