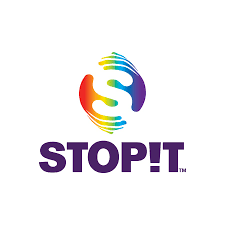 As new generations emerge, technology becomes more advanced than ever, and almost anyone can get their hands on it, including the techware that is programmable to new devices. In schools everywhere, cameras are being employed along with other unique methods being adapted and tested to keep schools safer, such as the new, very controversial “STOP-!t” App.

Essentially, this new app allows its users to anonymously report suspicious or potentially dangerous activities.  Good idea, right? Seems so in theory. However, since this app has been in affect there have been more reports of problems than solutions. If you search the app and read reviews, followed by further investigation, one can see the flaws being exploited with the app.  Most students here consider the STOP!t technology as a rumored “Snitching-App” which opens up a whole controversial issue within cultures and subcultures of students.

Recent national headline news has also included complaints by teachers whose jobs and livelihoods have been threatened by anonymous tips. And just who gets to vett these anonymous tips? Users of this app be advised that your reports are investigated by humans at the local site. How these reports are interpreted by the people filtering them is a protocol that has yet to be explained. We must understand there will never be perfection. Let us just see if this app’s flaws can be critiqued well enough to promote a positive outcome. So far, not convinced.